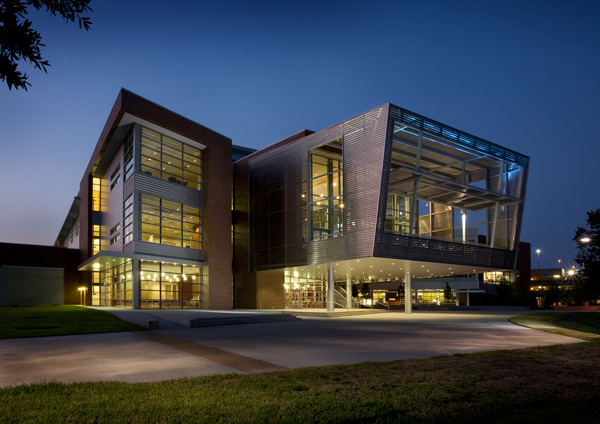 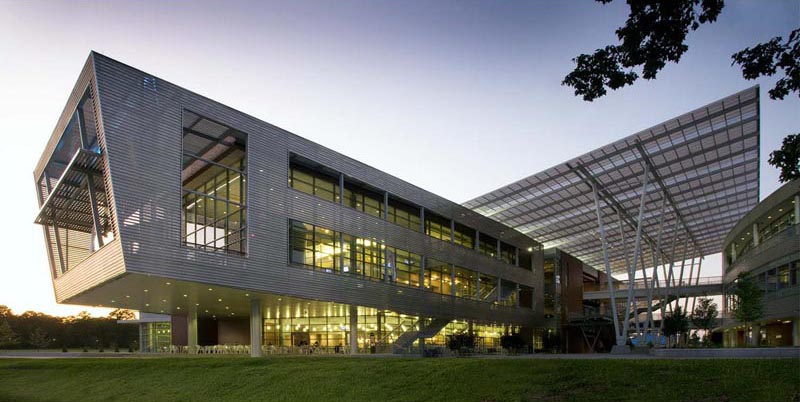 Completed in 2009, the University of North Floridaís 150,000 square foot Student Union. Situated on a wildlife preserve, UNF offered limited space to build. In order to meet the needs of the school, the building footprint was minimized by stacking the program elements. The architecture of the building, designed by Rink Design Partnership Inc., was divided into two wings to create an open plaza which serves as the center of pedestrian circulation from the north and south sides of campus. 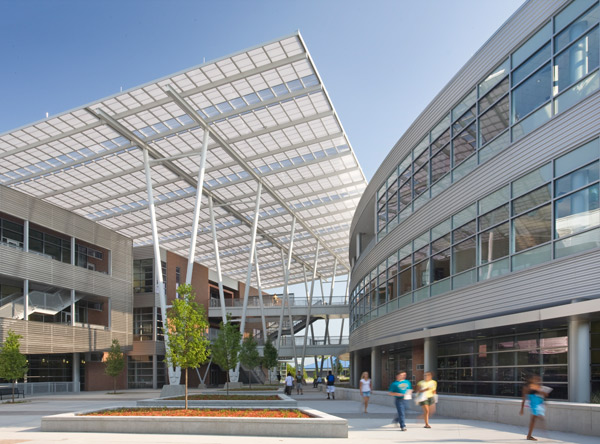 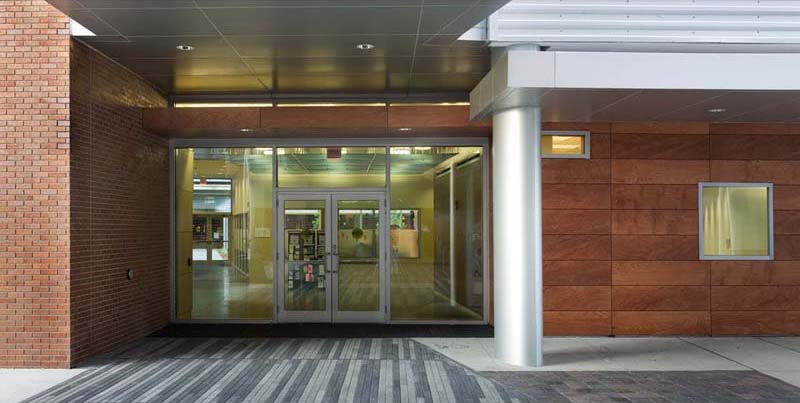 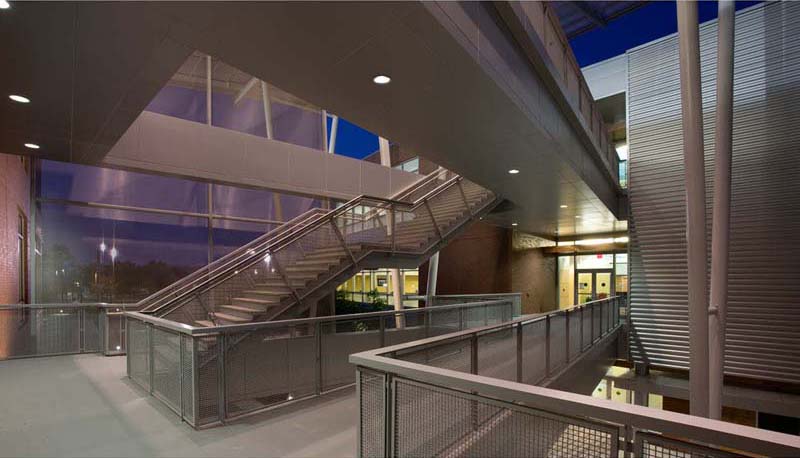 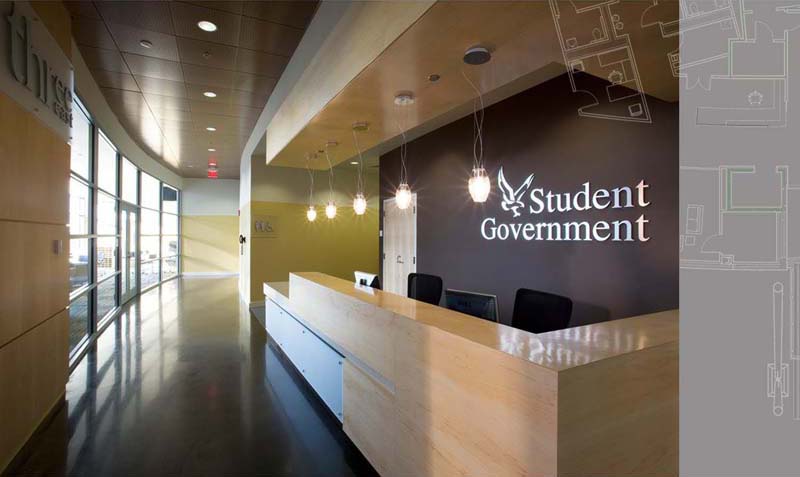 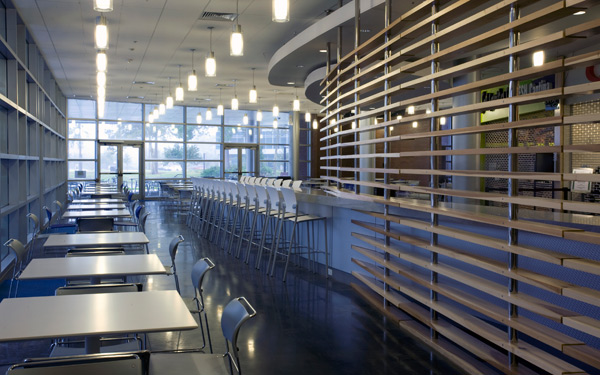 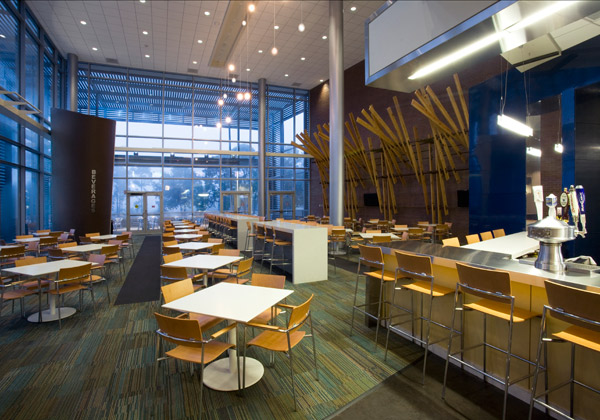